Sleep apnea is a sleep disorder that affects nearly 18 million Americans. Those who suffer from the condition experience pauses in their sleep that last as long as 10 seconds and may cause them to awaken abruptly, gasping for breath, before they fall back asleep. This pattern of not breathing is repeated while the person is sleeping, creating interrupted sleep instead of periods of good rest. Evetta Shwartzman, DMD, and Konstantin Ronkin, DMD, of Dream Smile Dental in Canton treat adults who have mild to moderate sleep apnea by using the Vivos system of oral appliances.

Obstructive sleep apnea happens when a person’s throat muscles relax and block the airway while the person is sleeping; Ronkin added that the tongue and soft tissues can block the airway. In addition to snoring, symptoms include excessive daytime sleepiness, a morning headache, high blood pressure, nighttime sweating, and waking up with a dry mouth or sore throat.

Shwartzman and Ronkin used to treat their patients with different types of oral devices, but about a year ago Ronkin attended a conference in New York during which he was introduced to the Vivos appliance. “It’s the only one FDA cleared to not just treat but to cure sleep apnea,” he said.

The appliances that they had used prior to that were developed to hold the jaw down and back. “The whole idea for this treatment is to push the lower jaw forward and down to open the airway, because the tongue will follow,” said Ronkin.

Patients who are new to the practice fill out the Berlin Sleep Apnea Questionnaire and the Epworth Sleepiness Scale. The two dentists have trained their dental staff to check patients for signs of potential sleep apnea that a patient may be experiencing. For example, if the staff or dentists see signs of a narrow airway, they will perform a CT scan on the patient.

“As dentists, we cannot diagnose,” Shwartzman said. “We can recognize it.” The next step is to refer the patient to a sleep physician.

Following the diagnosis, the patient returns to Dream Smile Dental for treatment. “Right after diagnosis, we take into consideration the CT scan, we take impressions, we do a sleep study,” Shwartzman said.

For the sleep study, the patient takes home a machine that records information, such as the patient’s pulse rate, oxygen saturation, the position of their body while sleeping, and what stage of sleep they’re in when they’re waking up.

Shwartzman and Ronkin treat their younger patients with Vivos as well. “We make the appliances for children,” Shwartzman said. “They might not need orthodontics. It corrects what nature did.”

Ronkin said that the latest research shows that sleep apnea affects general health and can increase the likelihood of someone developing diabetes, kidney disease, and cardiovascular illnesses, and having a stroke or a heart attack.

“Dentists are not just about saving teeth, but saving lives,” Shwartzman said. “It’s a huge role we can play and help people.”

Ronkin added that some children who are diagnosed with Attention Deficit Disorder (ADD) may actually have sleep apnea. “If blood does not get enough oxygen, the kids misbehave,” he said.

Jeannine Reid, scheduling coordinator for Shwartzman, said that meetings are held at Dream Smile Dental to inform people about sleep apnea and its treatment. “It’s a good way for people who are not patients to come in and meet the staff, learn what sleep apnea is, and how to treat it,” she explained. “It’s a low-key meeting with refreshments.” 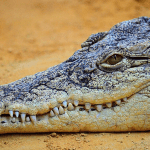